We had more than 100 people attend over the whole weekend, though the exact number is unknown because I managed to recycle the paperwork. Sorry folks!

This year we played host to Mythic Games, with their prototypes of the upcoming release Solomon Kane, Asgard Games who brought their retail stock to sell, and the ever-present Medusa Games demonstrating multiple games including Essen 2018 release Magnificent Flying Machines and a world exclusive premiere for a King of the Castle-themed family game. 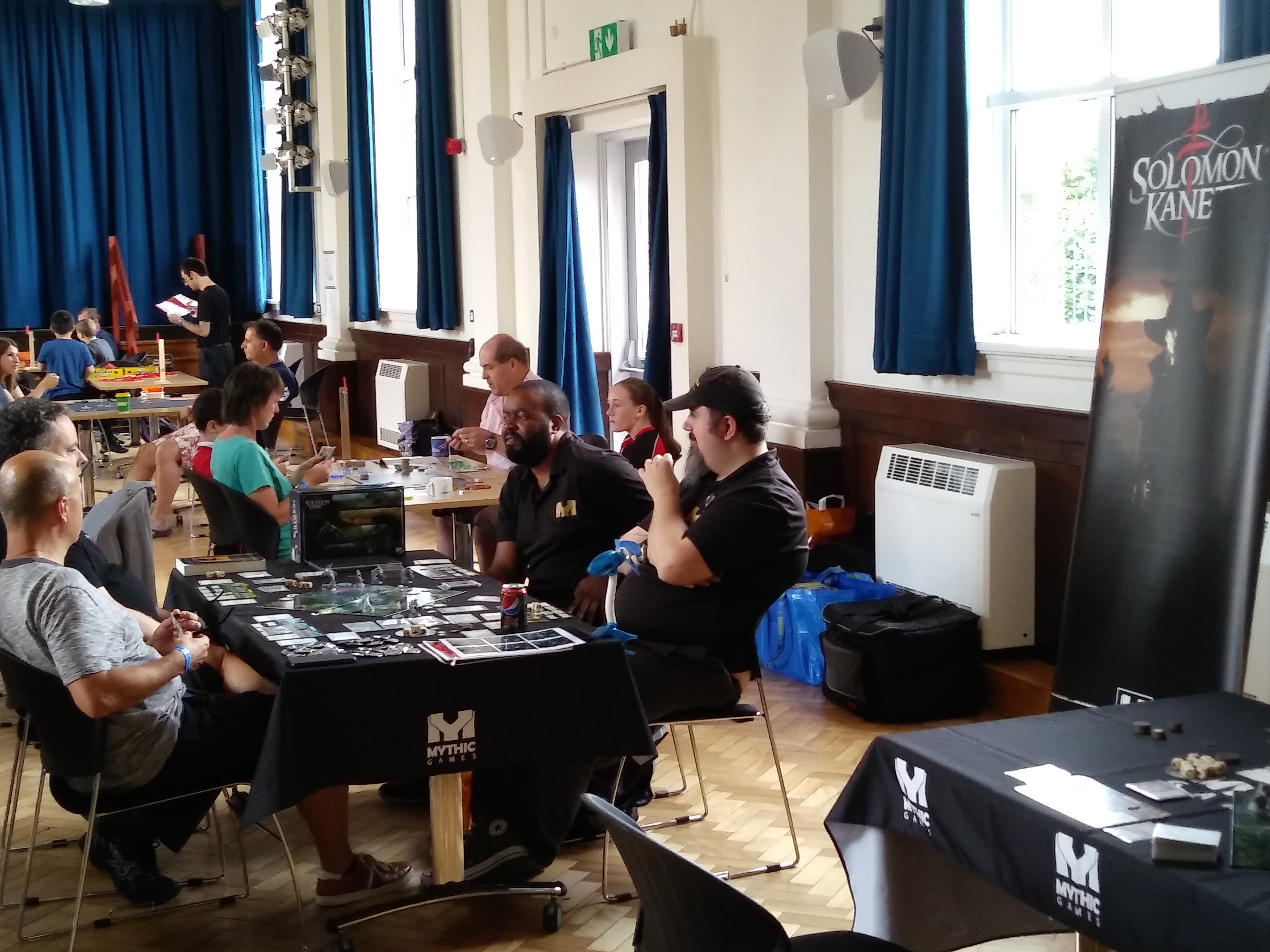 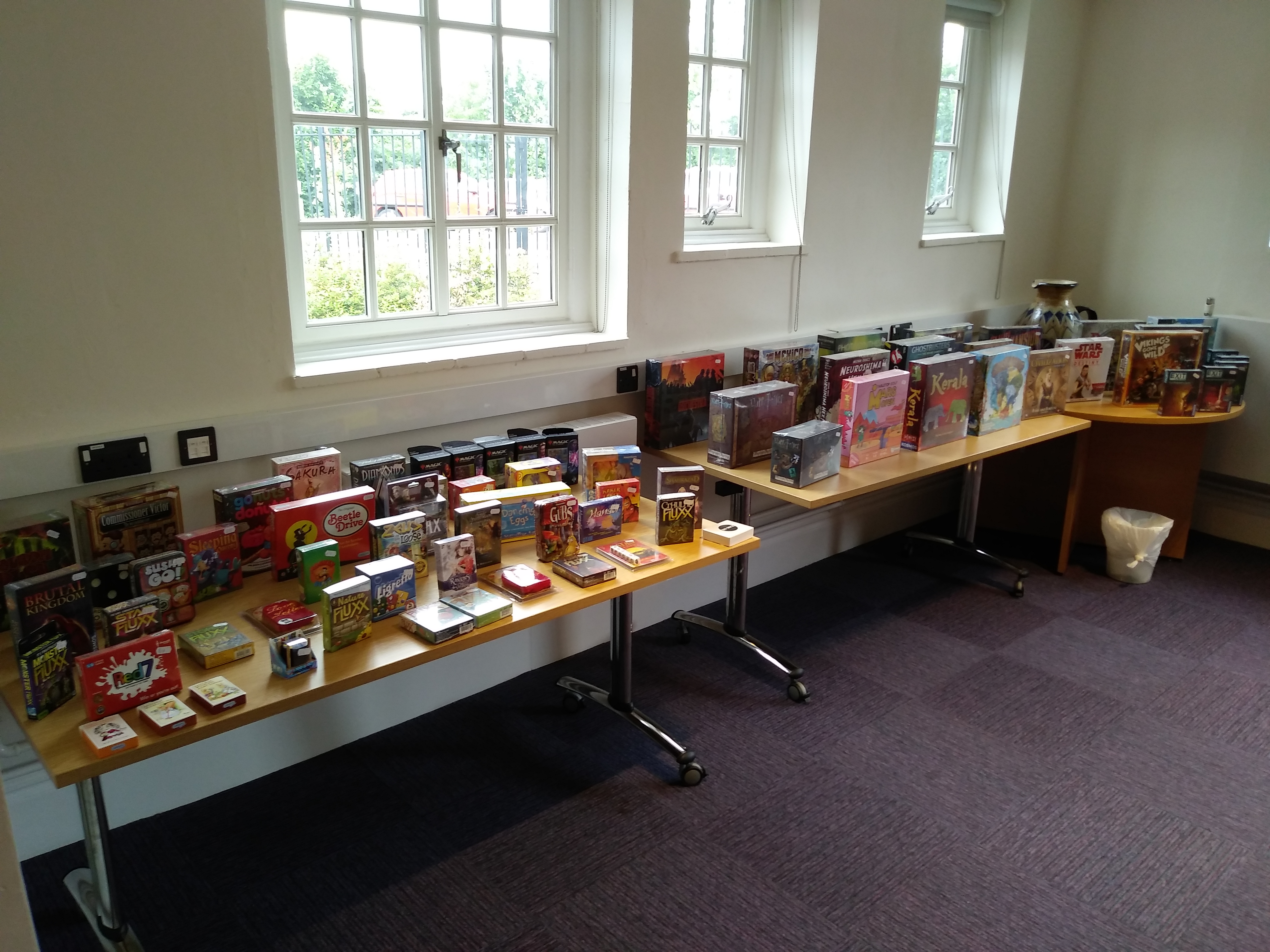 Just a small selection of games then Vince 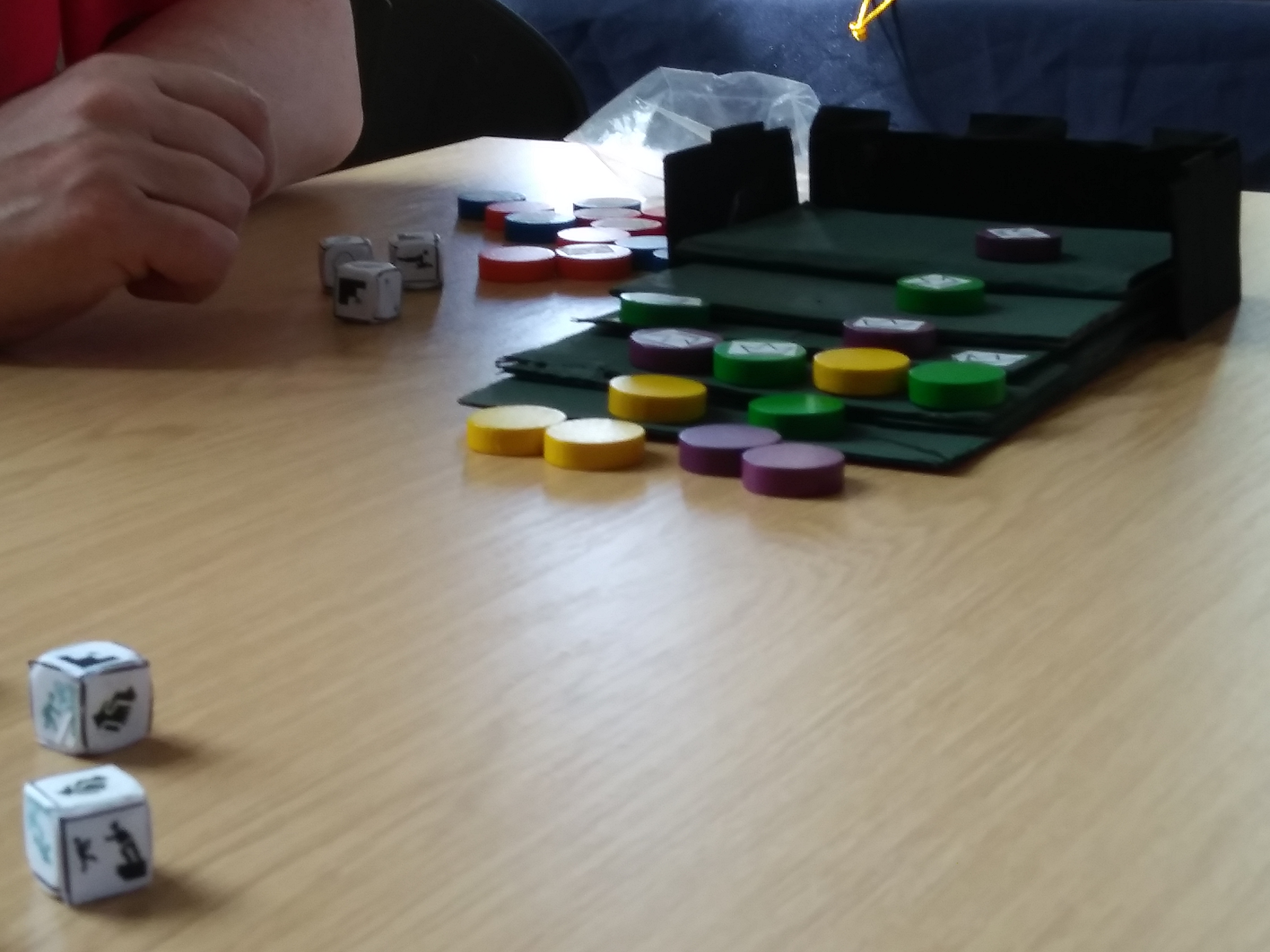 Richard Denning's King of the Castle game. You saw it here first!

Made up of 90+ games from the collections of some of the members of Bromsgrove Board Gamers. Lots of the games were put to good use; in particular it was great to see the Family Zone busy with many games, such as Corks and Buzzed Out!, donated by Ginger Fox in regular use. Many attendees also brought a large number of games themselves to play. 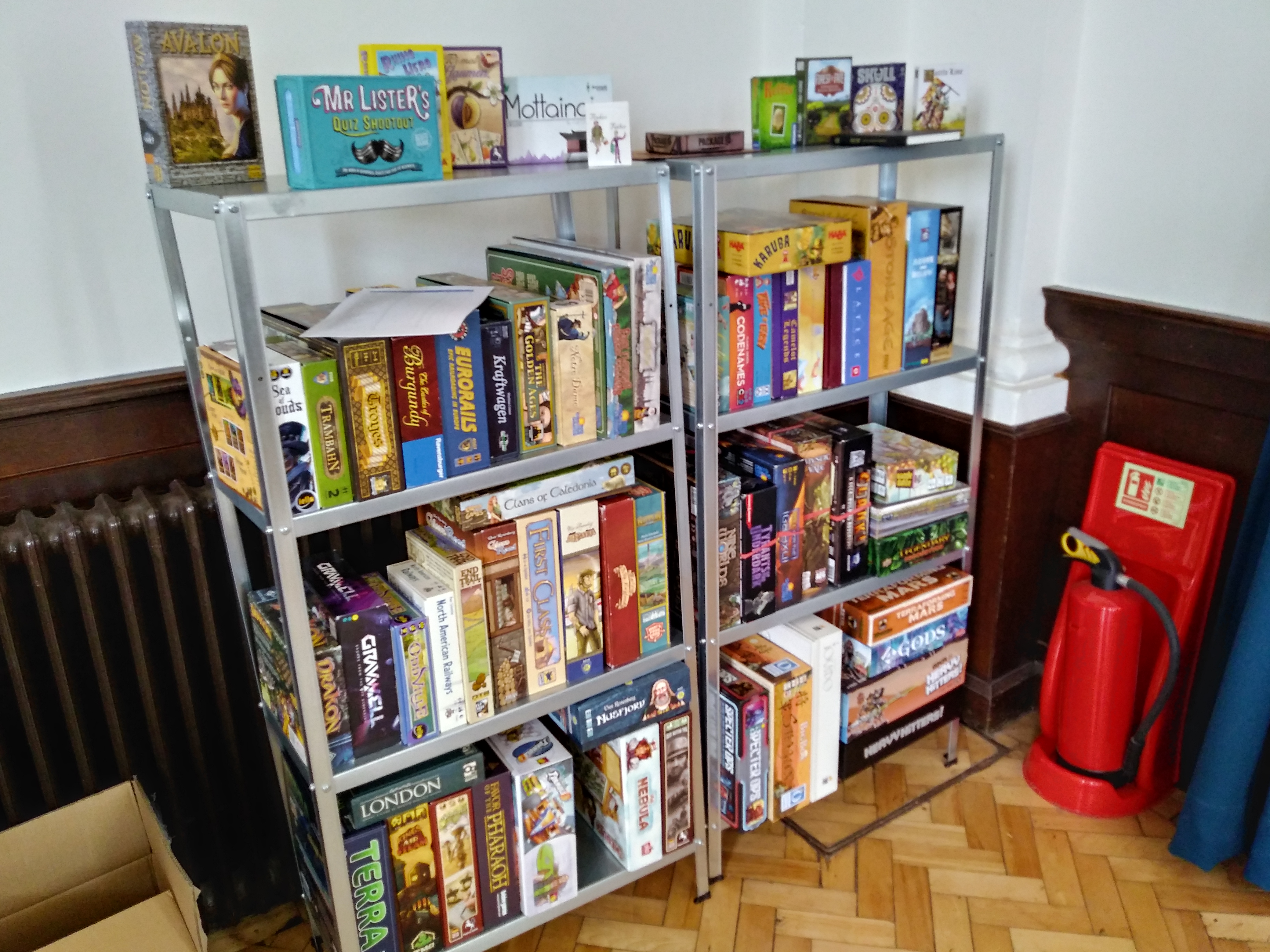 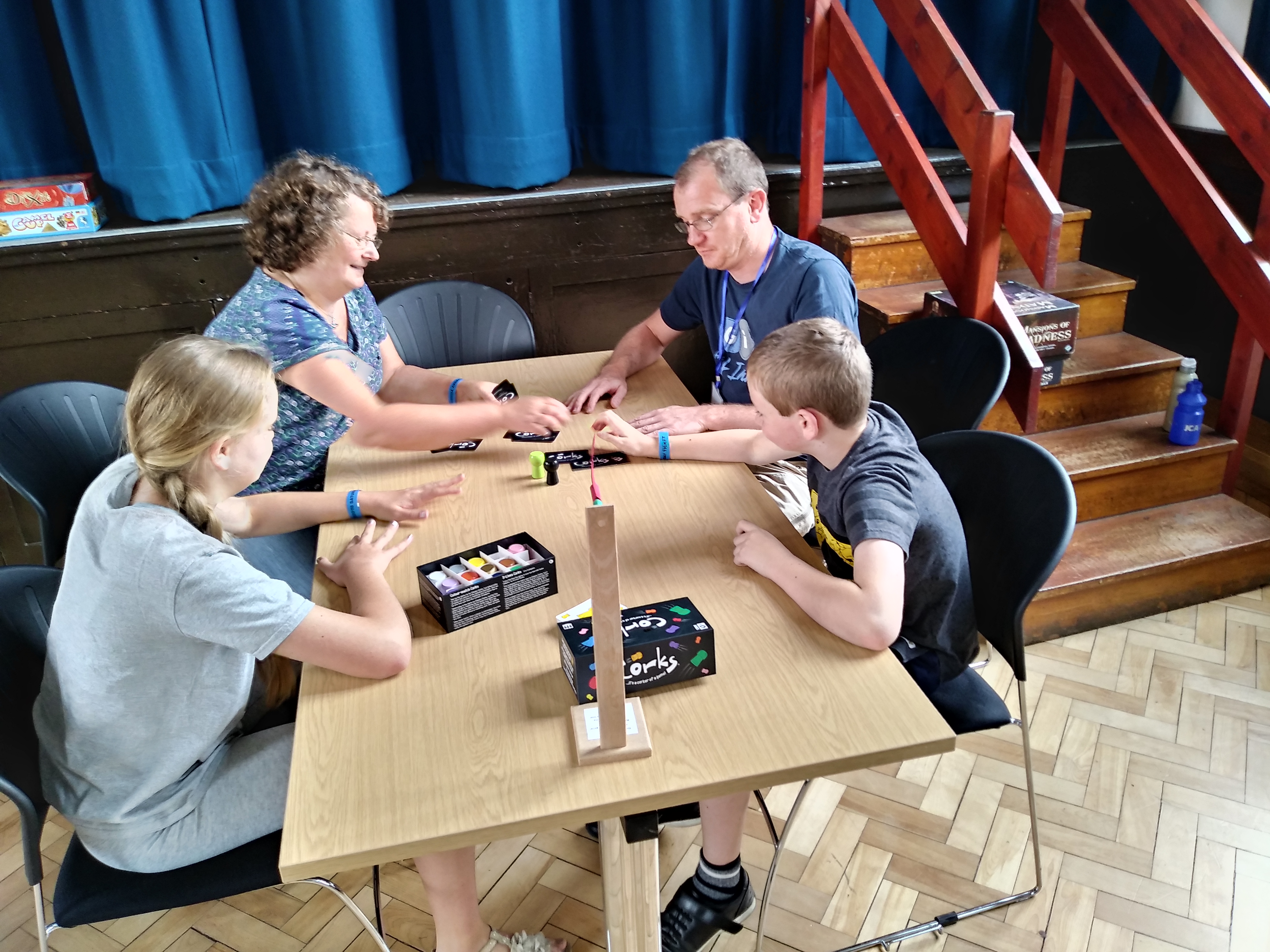 We also had a successful raffle for a £50 voucher from our excellent supporters The Board Game Hut which helped to cover some of the costs of putting on the event. This was won by Bromsgrove Board Gamers' own Nigel Abbotts.

Thank you to all of our volunteers; without their hard work it would not have been possible to put on this great event. 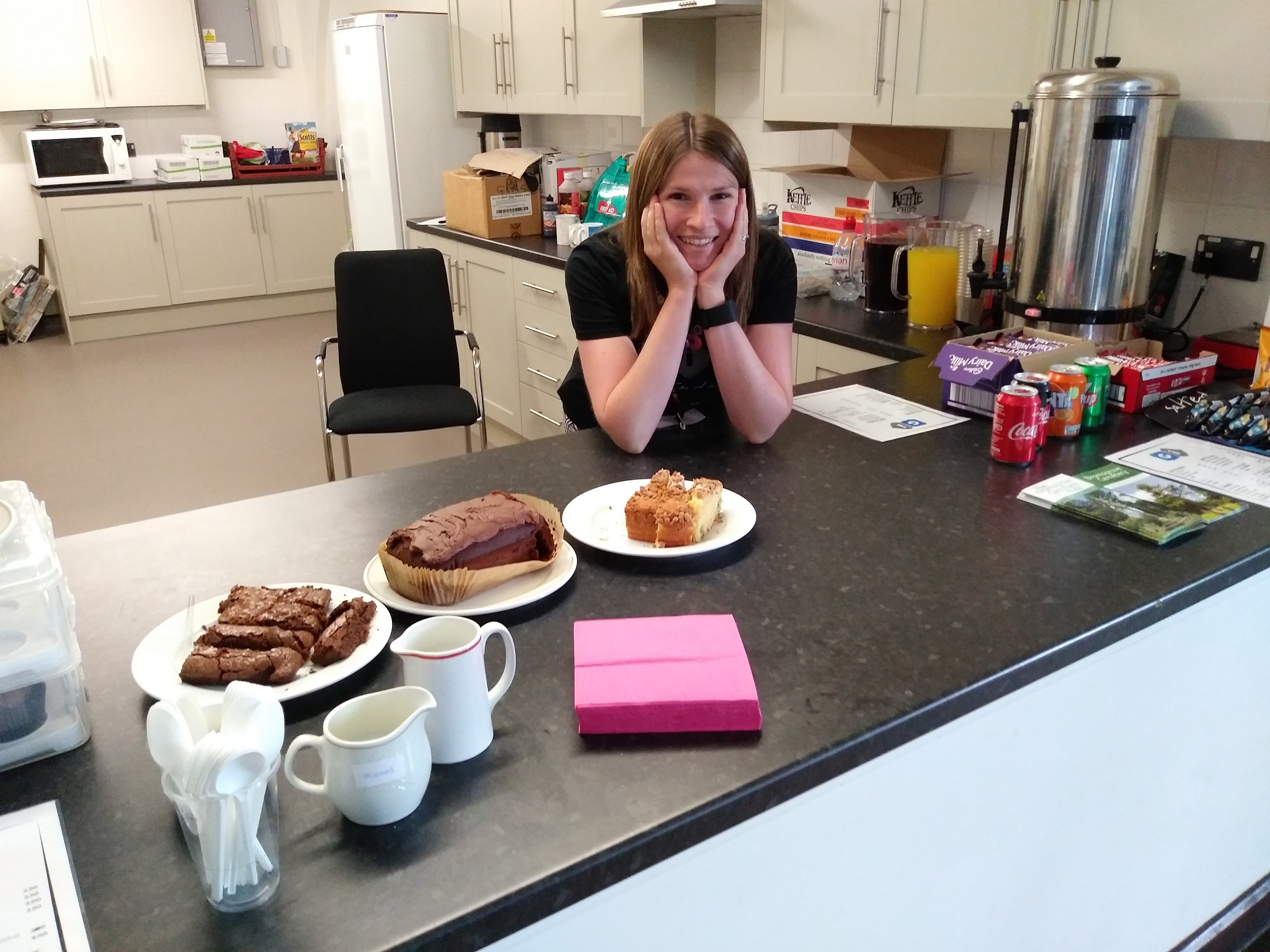 We've now run The Great Indoors for three years. This time, we are at a crossroads as my wife and I are moving away from Worcestershire. I created The Great Indoors because I saw a need for more events in the area and that hasn't changed. In future, we intend to still be heavily involved but some things will have to change. We're also aiming to introduce a more formal committee structure to help with the organisation. As for GI2019, we have some decisions to make about the direction of future events. When, what, and for whom? We intend to answer these questions but in the meantime...watch this space. We'll be back.